SALISBURY, ENGLAND - MARCH 11: Military personnel wearing protective suits remove a police car and other vehicles from a public park park as they continue investigations into the poisoning of Sergei Skripal on March 11, 2018 in Salisbury, England. Sergei Skripal who was granted refuge in the UK following a 'spy swap' between the US and Russia in 2010 and his daughter remain critically ill after being attacked with a nerve agent. (Photo by Chris J Ratcliffe/Getty Images) 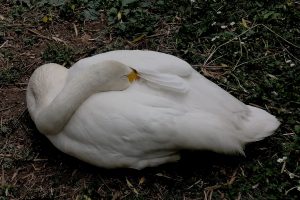