In this Thursday, Sept. 29, 2016 photo, a Serbian firefighter prepares for rescue missions training in an unfinished concrete building in a "Russian-Serbian Humanitarian Center" near an airport in the town of Nis, Serbia. Some Western NGOs and military analysts say the Russians have created a thinly disguised military base that is eavesdropping on American military interests in the Balkans. While Serbia is still close to Russia, its neighbors are increasingly distrustful of Moscow’s intentions and presence, especially ex-Soviet bloc states like Bulgaria, Romania and Hungary, which suffered under iron fist communist rule for decades after World War II. (AP Photo/Darko Vojinovic) 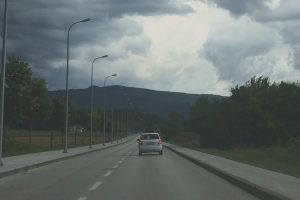 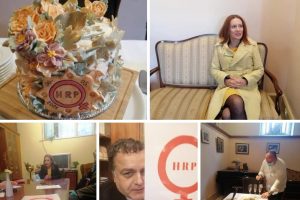